We learned how much it costs to advertise in the stars' accounts and how effective it is for brand promotion. And now we're sharing it with you.

A couple of years ago Instagram was an application untouched by marketers and advertisers. However, the potential of this social networking turned out to be so huge that willy-nilly  brands could not help using it. Judge for yourself, in a two year period the audience has increased by 10 times, and at the moment Russia is in the top 5 on the number of Instagram users in the world. Monthly, the social network is visited by 13. 3 million people, and the Instagram audience is considered the most friendly among all social networks (91% friendly messages).

Now one of the most effective ways of promotion in this network is collaboration with celebrities and stars, who have hundreds of thousands or even several million Instagram subscribers. The vast majority of such popular bloggers are willing to accommodate the customer and earn additional income, so ads can be seen in the profiles of such people, as the model Vicki Lopyreva, the make-up artist Elena Krygina, the stylist Alexander Rogov, as well as on the pages of Ksenia Sobchak, the participants of "Dom-2" and many, many others. 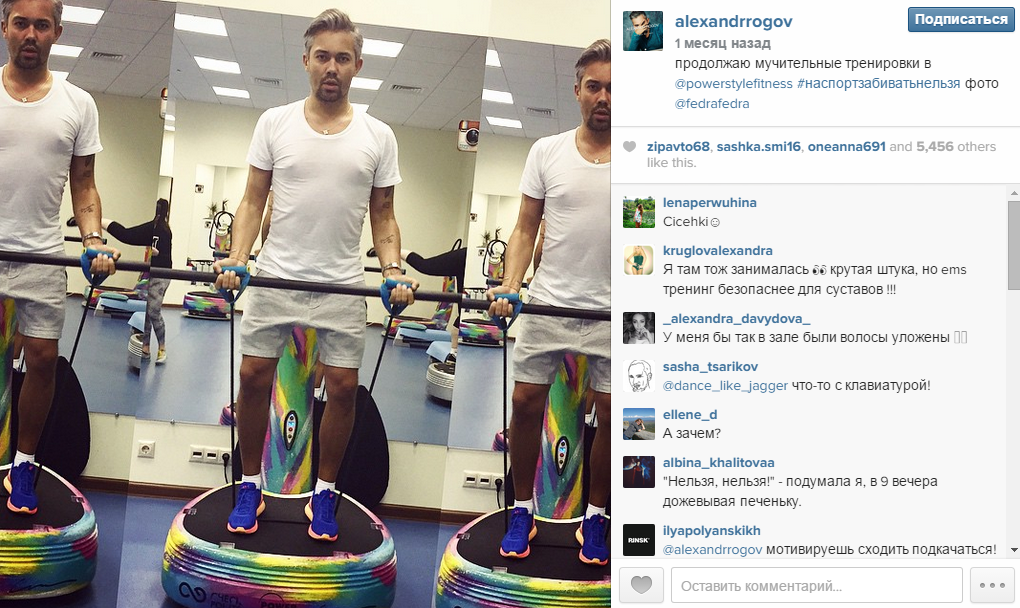 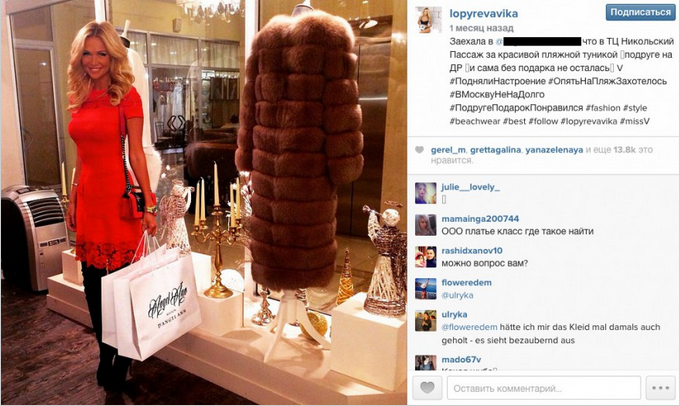 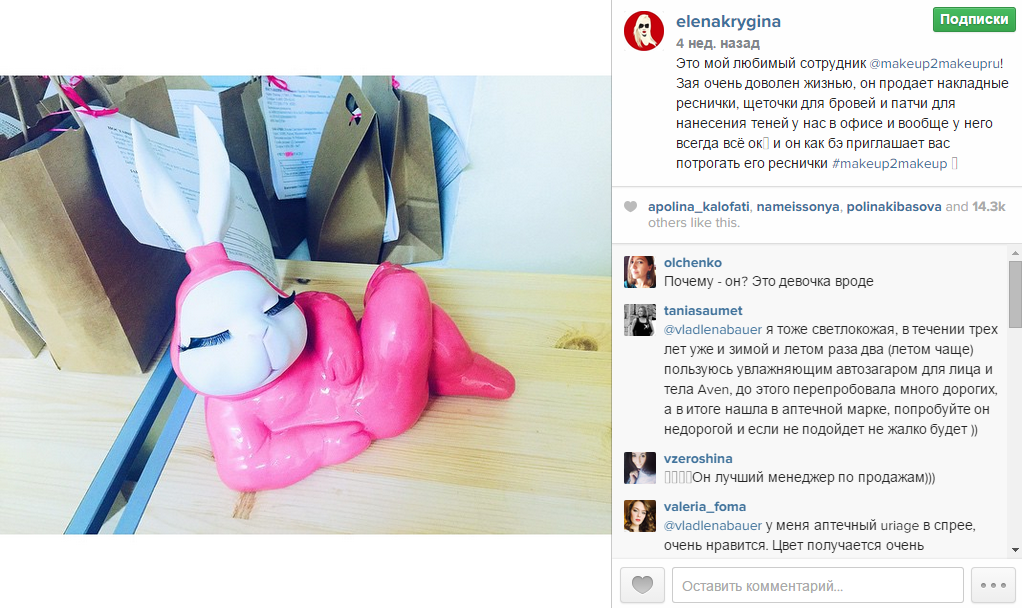 How much does the "star" advertising cost?

The cost of advertising in the celebrity accounts often does not depend directly on the number of subscribers or other criteria that are usual in the SMM, what matters is the star's subjective assessment of their own capabilities. On average, the cost of an advertising post ranges from 50 to 100,000 rubles. 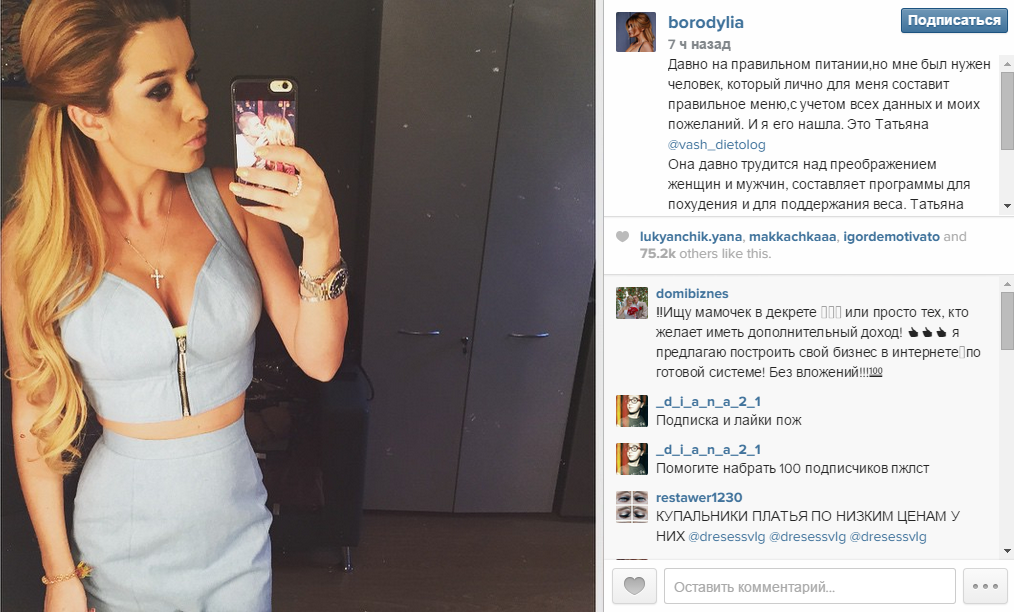 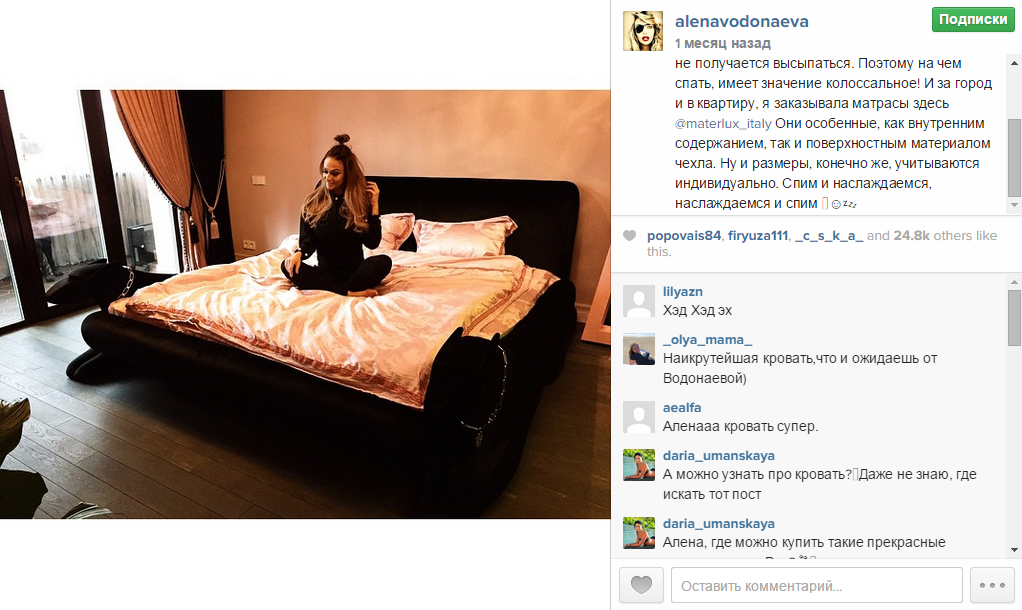 One of the most expensive advertising platforms of our show business is the account of Ksenia Sobchak. According to some sources, one standard advertising post is worth about 250,000. But everything depends on the "goods". For example, for advertising jewelry boutiques, it can cost up to $35,000. However, we must pay tribute to the fact that, unlike many other stars, Ksenia is not obsessed with advertising and places it not so often, on a biweekly basis. 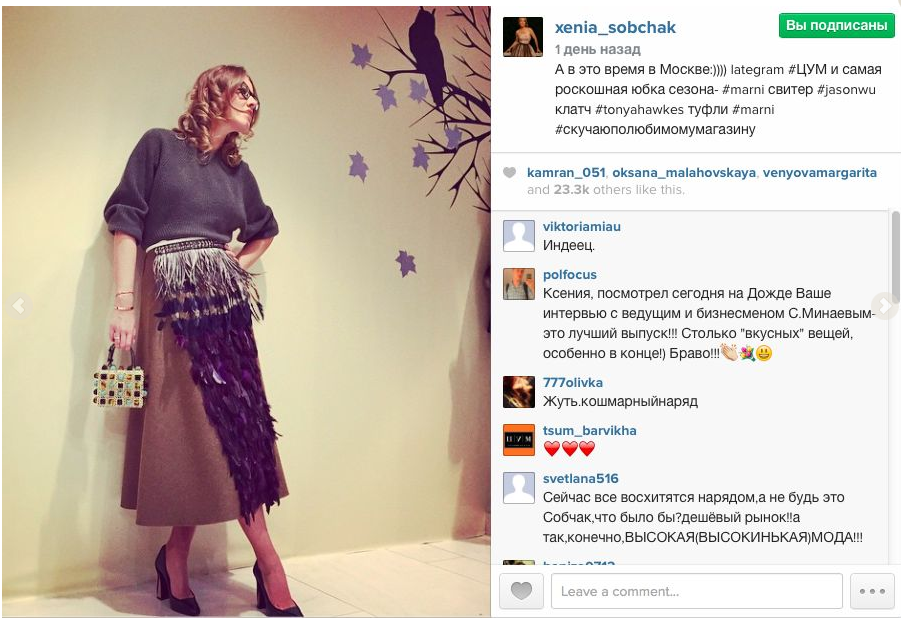 If you represent an international brand and want to be mentioned under the picture of a foreign star, you will need to fork out. The price list is significantly different from the Russian one. For example, Kim Kardashian openly provides her price, where one ad post for a famous brand costs $10,000. But it's fair to say that she has many more subscribers (almost 33 million)!

For example, last year, a Liveinternet.ru blogger estimated that in three months, Alyona Vodonaeva's Instagram had published 990 posts, among which about 140 references to fashionable clothing brands, about 70, to hairdressers and makeup artists, and over 100 links to accessories. Alyona showed off cosmetics she'd been given, three times, new manicure from a certain nail art specialist, and her personal stylist, more than 5 times, recommending her to the fans, as well. It was about 17 times when she pointed to St. Petersburg restaurants where one could eat delicious food.

Thanks to the subscribers' credibility, the star can significantly raise the popularity rating of a certain product among the consumers. However, it's not all so smooth, either. As it turned out, not all celebrities check product quality before placing an ad. For example, Ksenia Borodina once gave rise to a scandal by publishing advertisements of cheap Apple fakes .

Beside small companies, big brands also work with celebrities, such as Sberbank, Aeroflot, Danone and others. Most often, large companies use the stars to present new services, products and, of course, what users like in any social network - competitions.

We can use a competition from Danone as an example. When Danone announced a dance video contest on Instagram, the information about it immediately appeared in the accounts of Olga Buzova, the Dom-2 host, Irena Ponaroshku, a Cosmo columnist, Katie Klein, a designer, and Arina Perchik, a model. 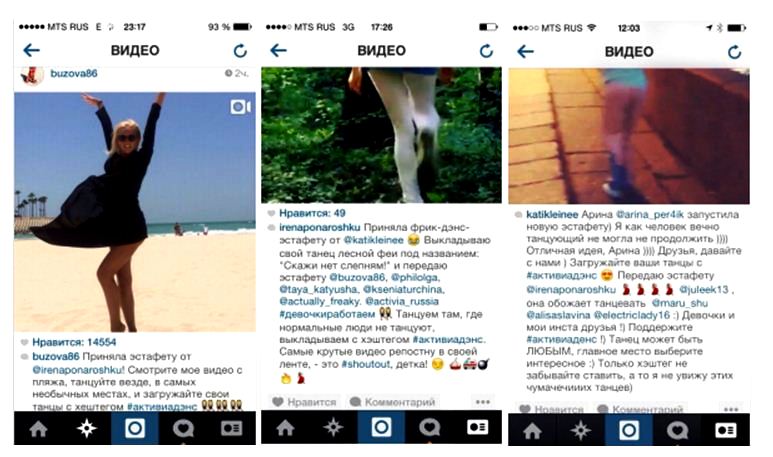 The Cosmo columnist Irena Ponaroshku and the video blogger Pavel Mikus also starred in an advertising campaign of the new service from Lipton. The service was posted on the site and called Liptogram. The celebrities published pictures processed in the service in their accounts and their followers their followers to do the same. The advertiser acknowledged that the effect has surpassed all expectations: the service has processed 2,000 photos. 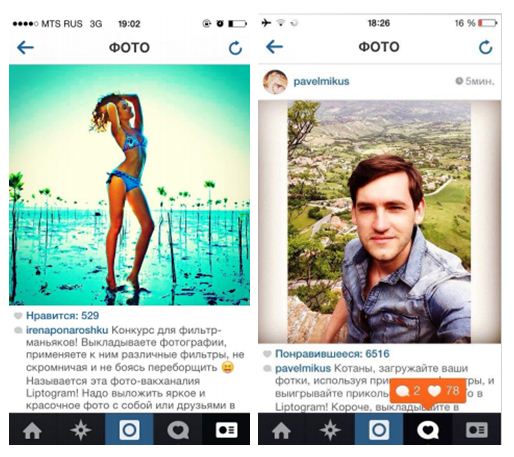 Typically, advertisers note high efficiency of advertising in stars' accounts: posting several posts significantly increases not only the number of subscribers, but also the number of orders. For example, a representative of Aizel, an online shop, said that after one star shared a photo of the bag Aizel had given to her, lots of calls started coming in, and the Internet requests flow was so high that provided Aizel "top positions in the search engines. "

The conclusion is forced upon us! If your products and services may be of interest to the mass consumer, and you have an adequate advertising budget available, celebrity advertising can become a real boon for you.