Art in an Urban Environment

Art in an Urban Environment is a project of the Russian Guild of Property Managers and Developers and the communication agency Spice Media, launched in spring 2020. 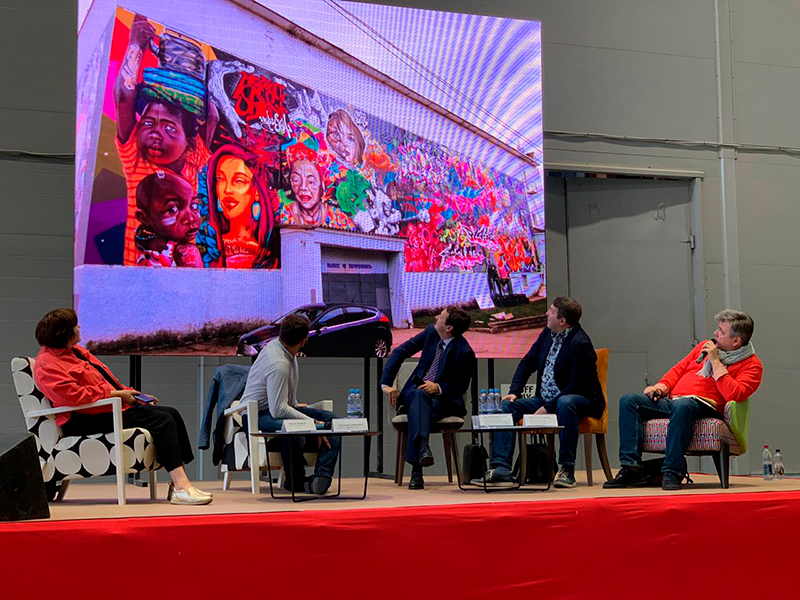 The goal of the project is to develop urban art in Russia, creating an aesthetic and meaningful urban environment by integrating art into street and park spaces, and increasing recognition and the image of Russian cities, districts, and other territories.

Urban art is an important addition to the architectural appearance of any city, which helps to increase tourist attraction and influencing the formation of cities' and other settlements' brand.

“Urban art is both a tool for increasing Russian cities’ recognition and image formation, and a marketing tool that developers can use to attract their target audience's attention and separate themselves from competitors,” says Victoria Kulibanova, CEO of the communications agency Spice Media.

Art has long gone beyond museums; however, this process is somewhat chaotic, the artistic value and attractiveness of the placed art sometimes raises questions, and there are no transparent mechanisms for regulating the placement of urban sculptures and other art in urban spaces.

In this regard, the main task of the project is to systematize and legitimatise such initiatives and to offer various ways of self-expression - not only graffiti, but also sculpture, art installations, light, mosaics, topiary, fountains.

“Urban art is becoming an integral part of the architectural space of many major cities around the world. Creative graffiti, urban sculptures, art installations, and other art forms reflect the cultural and historical characteristics of cities and are attractive objects for tourists. Local residents also show a keen interest in these forms of self-expression. However, due to their spontaneous and uncoordinated appearance, paintings are often removed by urban improvement services," comments Elena Bodrova, executive director of the Russian Guild of Managers and Developers.